Most of the uses of this method take place during the implementation of administrative audits, and this method is appropriately reconciled to verify the application of controls during operations within their cycle in time, as some controls must be applied at the time and in the event of their application later, they are useless.

It is worth noting that this method requires a relatively long time compared to other methods, and it also requires a great effort from the auditor during its implementation.

So to reduce the time and effort used in this method, computer reports are used. Exception Reports It is through which information to be checked on the computer is extracted.

Note that this method is widely used in operational auditing and auditing financial reporting items.

This method is based on the auditor checking by making comparisons of balances and financial statements during periodic periods of time, and the auditor uses this method when checking items of a consistent nature.

For example when auditing expenses that there are periodic expenses that have a special consistency such as monthly electricity expenses or Monthly salary expenses, or regular revenue accounts.

as an example, with the similar month of the previous year, and sometimes the auditor resorts to comparing the financial items for a particular branch of Branches of the institution with other similar branches, or a comparison between the institution and similar institutions in the same sector.

This method depends on the auditor performing some analyzes of the accounts and items of the financial statements and linking them with each other to reach certain conclusions that constitute an added value to the audit operations of the institution.

These Procedure about accounts auditing techniques is applied exactly at our firm (Wall Street Consultancy)..

you can check it here External Audit – Wall Street (wallstreetinv.com)

Within this method, the auditor resorts to recalculating some of the numerical calculations that were calculated, whether they were calculated manually or by computer.:-

This method depends on the auditor inquiring about some processes or issues that are difficult to verify documentary, and the auditor can inquire through investigations prepared for this purpose, or by oral inquiry, and this method is often resorted to when the auditor is assigned to audit an activity, or a labor center that has not He has previously audited it, and there are no organized work procedures for it.

The auditor can also inquire from other administrative bodies about some issues or operations when there is ambiguity or contradiction in them, and here it is recommended that the inquiry be in writing.

Why should you computerized your Accounting System? 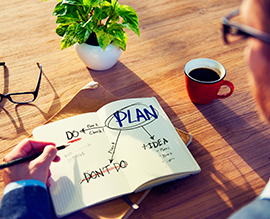